Grace and peace to my fellow Southern Baptists. With the advent of the New Year, Dr. Chris Bolt announced his intention to nominate me as the 2VP of the Southern Baptist Convention. Whether or not it is the Lord’s will I am elected to this position remains to be seen. We’ll have to wait until Orlando. I figured in the meantime it would help if I wrote blogs that help Southern Baptists get to know me better. Likely, you have never heard of me. Hence, here's an article titled, "Who's Stephen Feinstein?" In short, I'm a Jewish Christian, husband, father, pastor, Army Chaplain, Martial Artist, and writer. I pastor a relatively small church in Hesperia, California.
This particular post will focus on my relationship and work within the Southern Baptist Convention. I was one of the original founding pastors of my current church, Sovereign Way Christian Church (SWCC). We were a non-denominational church plant in 2010. We started out pretty strong and kept growing. Within a few years we were already at one-hundred members, and momentum was on our side. In 2013, we thought our impact for the kingdom would be further enhanced by affiliating with the SBC. Yes, we were somewhat ignorant of all the mechanisms of the SBC, but we liked Al Mohler, and we were impressed with SBTS and its many published professors. We figured if that is what the SBC produces, it might be a good idea to affiliate with it. I already possessed a MA in Theological Studies from Liberty University’s seminary, but I desired more training to meet the needs of the flock I shepherd. So I enrolled in SBTS’s distance learning program and graduated with a MDiv in 2017. I was so blessed by what I learned from the world class professors out of Louisville. I also learned more of what it means to be Southern Baptist.
You see, back in 2013, we did not understand the Cooperative Program, or the IMB, or the NAMB. We were told that it was expected that we give some financial support to the SBC, but the “how to” was not obvious to us. My time at SBTS educated me on what the SBC entities are, and we quickly started giving to the IMB and NAMB. My elder board at that time did not necessarily have my vision for further involvement in the SBC and the support of missions, but eventually additional godly men joined the board that shared the same vision. So each year, our giving to the IMB and NAMB increased. We budgeted more money to those entities than the CP simply because we understood them better. Even though we had money set aside for the CP, I had a hard time figuring out how to give specifically to it. So we would normally just roll that money into the IMB. After all, the main reason the SBC exists is to have Christ proclaimed to all nations. Thankfully, just a few weeks ago, someone sent me a link enabling us to give directly to the CP through our State SBC website. I am very thankful for that. I have since come to understand how the seminaries depend on that money, as does the ERLC, and of course the IMB and NAMB. So my plan is to shift our budget and give more to the CP. Our church, SWCC, firmly believes in the work the SBC does and has supported it the best we knew how since our affiliation in 2013.
In my opinion, my greatest support to the SBC comes from my desire to see it thrive. I have lost count of how many I have urged to be educated at our seminaries. I have also appealed to a number of non-denominational churches, hoping to see them join the SBC and our cooperative efforts. Since I love the SBC, I also wish to protect it from internal threats. One major threat I see rising is Critical Theory and all of its subordinate frameworks. If you don’t know what Critical Theory is, then I suggest you look up Neil Shevni and read his work on it. You will quickly see how dangerous it is. Sadly, it is fast becoming the zeitgeist of the cultural elites and the universities in our society. As such, it is beginning to creep into the church. Since the SBC is determined to rightly pursue racial reconciliation, our good intentions can easily be derailed by Critical Race Theory, one of the subordinate frameworks of Critical Theory. Certainly, the SBC’s tragic and sinful past with regard to race relations necessitates that we take the lead in biblical, racial reconciliation. But Critical Race Theory (CRT) is not the way. Biblical justice is now threatened to be eclipsed by secular notions of social justice. 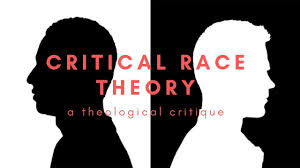 Seeing how real this threat is, I proposed a resolution in 2019. And let me quickly say this. The fact that a pastor of a small church could propose a resolution that would eventually come to the floor shows how amazing the SBC truly is. A church like mine has a voice in the U.S.’s largest Protestant denomination. Getting back to the point, my proposed resolution was designed to get the SBC to denounce CRT and its tool, Intersectionality (I). Unfortunately, what I wrote was not researched enough, and I conflated CRT with Critical Theory itself. So the Resolutions Committee changed the proposed resolution into what became known as Resolution 9. Sadly, this resolution has unintentionally caused more division than unity. It has created more heat than light. I have repeatedly insisted the Resolutions Committee did nothing nefarious. Most people have exaggerated or misunderstood what Resolution 9 states, and so they have wrongly claimed it encourages CRT/I to be used within the SBC. I think that is an overstatement. The members of the 2019 Resolutions Committee are very godly people who hold a conservative Christian worldview. The weakness with Resolution 9, however, is found in its failure to address the Critical Theory worldview and its absolute incompatibility with Christianity. Thus, any use of CRT/I is unwise.
So I have spent much effort since June 2019 trying to convince people to stop slandering the leaders of our institutions over this issue. At the same time, I also labored to pass resolutions at state conventions concerning CRT. I also plan on proposing a new resolution in 2020 that should hopefully put a lot of this to rest. I already have the draft written, and I think it is the strongest one I have written thus far. I bring these matters up for two reasons. First, there are ways to strengthen the denomination that are not quantifiable like CP giving. I think my labor for the SBC falls under the non-quantifiable category. Rather than merely complaining about a real threat to the SBC, I am working hard to do something about it. You cannot put a price tag on that. Second, it explains why I will be nominated for 2VP, since it was my work on these matters that got the attention of Dr. Bolt in the first place.

There were also other factors caused him to think I might be a good person for the position of 2VP. The other factors include me being a Jewish believer in Jesus that pastors an ethnically diverse Gentile church in hostile California, while at the same time serving as a NAMB missionary in the United States Army Reserves as Chaplain (I presently hold the rank of Major). Furthermore, I served the church bi-vocationally for seven years, where I worked as a public high school teacher while I pastored SWCC nearly full time. So I understand small church dynamics within a post-Christian environment (CA) as well as the more and more common reality of bi-vocational shepherding. My experience in the Army also fashioned me to work well with those who hold positions different than my own. In future posts I will expand on how these various factors shaped me. Dr. Bolt and many others think the SBC should platform pastors that represent my kind of experience. I waited a few weeks after he asked me if he could nominate me. I prayed much and sought a lot of counsel. When it was all done, I agreed. I think Dr. Bolt is right. Quite often, pastors of large urban churches that give much to the CP are nominated for these positions. Most certainly, those pastors and their ministries are extremely important and benefit us all. The average SBC pastor and church, however, hardly resembles those who usually receive a platform within the SBC. Both kinds of pastors should have a seat at the proverbial table. If I get elected as 2VP, then we can rejoice in the fact that there is a place at the table for pastors like me. Stay tuned for more posts.

Posted by Stephen Feinstein at 5:35 PM 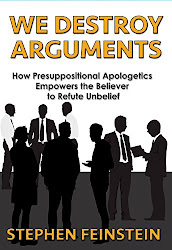